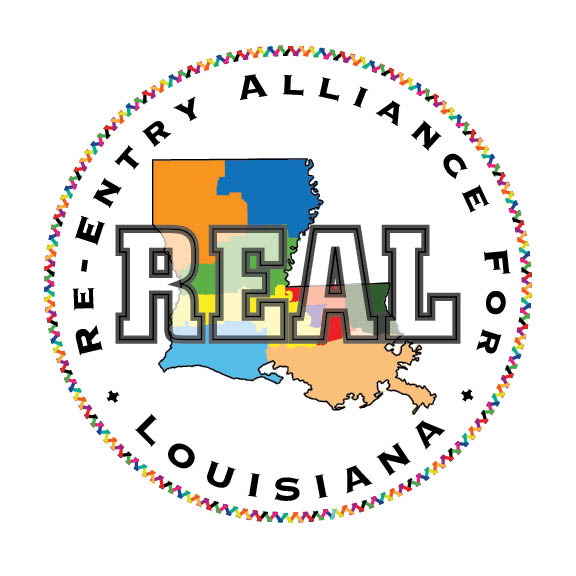 For years, the state of Louisiana imprisons more of its people, per head, than any of its U.S. counterparts. First among Americans means first in the world.  In November of 2014, the 1st Annual Reentry Alliance in Louisiana (REAL) HELP Conference was held in Baton Rouge. This was the brain child of James Windom, Executive Director of the Capital Area Reentry Coalition (CAPARC), who felt the need for connecting with reentry organizations across the state to share ideas and provide a better response in service of those returning back to their communities after being incarcerated, “returning citizens” or “Formerly Incarcerated Individuals “ (FIP). Mr. Windom pulled together a group of the coalition members to plan and host the 1st conference. Also in November 2014, David S. Cressy, J.D. wrote a document supporting the development of the Re-entry Advisory Council for the State of Louisiana, submitting it to the Department of Corrections. He states “The job of the Louisiana Reentry Advisory Council is to work with DPS&C, the Sentencing Commission and the Legislature to develop innovative programs that will address the needs and assess the risks of all state

inmates.” These two men both felt the need to address the reentry challenges facing our state.

They collaborated with others for the first conference where 111 people from across the state came together and discussed reentry. The second year, December, 2015, the conference was held in New Orleans where 163 attended. The chairpersons for the New Orleans conference was Dr. Alex Priebe from Louisiana Public Health Institute and James Logan, Reentry services Manager for the City of New Orleans along with James Windom. Right after the second conference a group of reentry volunteers discussed forming a non-profit organization to continue the work gaining traction due to the conferences.

The 3rd conference was held in Shreveport because the planning group felt moving it to north Louisiana would reach those not able to attend when it was held in the southern part of the state. The chairs were Stephanie Rogers, Executive Director of the Bossier Parish Community College Foundation and Goodwill Industries of North Louisiana represented by Julie Bass. Attendance grew to 204. The date of the conference was changed to April in coordination with the National Reentry Month Celebration.

In June of 2015, David Cressy and James Windom signed the official articles of incorporation for the Re- Entry Alliance for Louisiana and filed them with the Louisiana Secretary of State. On June 26, 2015 the organization received it official certification as a Louisiana registered non-profit. Following this, the Board members submitted the application for a federal 501© 3 designation which was granted on March 15, 2017. The 4th statewide conference was held April of 2018, in Baton Rouge with 246 in attendance. The work continues……..